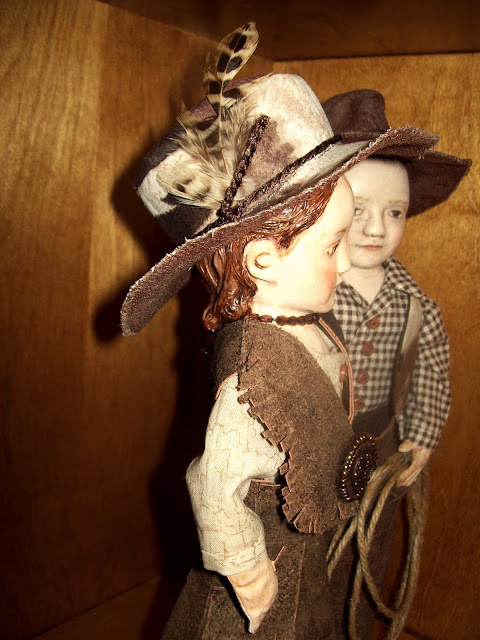 This morning, when I looked out the kitchen window, I proclaimed aloud for all to hear, "It's not a fit day outside for man or beast."   Rain was coming down and strong winds were sending leaves  scurrying  along the ground and away into the fields where the cattle were seeking shelter under every limb and leaf.   Winter was certainly knocking on our door this morning. 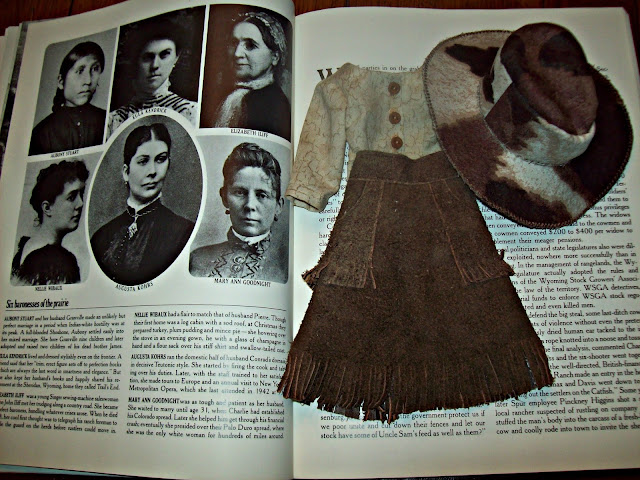 One of my favorite John Wayne quotes is, "We're burning daylight."  Well, there's definitely not as much daylight to burn these days as there was awhile back.  Actually, I can't help but enjoy this time of year when we can spend long evenings by the fire, perhaps watching some old movie.  We like the old Westerns best.

A couple of evenings ago, we watched The Virginian, a really old movie made in 1929, starring a very young, tall and handsome Gary Cooper.  The film is well-known for Cooper's line, "If you
wanna call me that --smile," in response to a cuss by the antagonist. 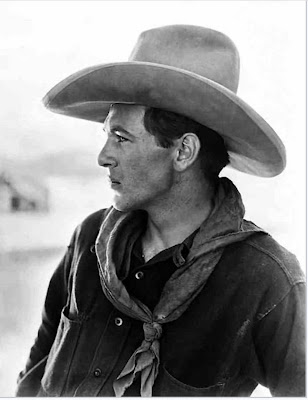 Sometimes I get so caught up in studying the movie props of these old movies that I almost forget to follow the plot.  But, what I really like most, besides the horses and the leather saddles, is the clothing  the cowboys and the ladies are wearing.  There were definitely some talented seamstresses working behind the scenes of these old movies.

And what about those hats?  From screen cowboys such as Tom Mix and John Wayne to presidents like Theodore Roosevelt and Ronald Reagan to country singers like Hank Williams and Garth Brooks, a Stetson has long been the go-to-hat for both the celebrity and the true cowboy.


According to Cowboys and Indians Magazine, "It has been that way practically since John B. Stetson handcrafted his first hat in the early 1860s in a battle with the wilderness.  What originally began as an attempt to weatherproof himself with a big brimmed hat on the Western Plains has become a great American success story and a potent symbol of Americana."

John Batterson Stetson, born in New Jersey in 1830, learned hat making from his father.  When he got tuberculosis in his 20s, he went west both to improve his health and to mine for gold.  It was on an expedition on Pikes Peak that Stetson made himself,, for warmth and shelter, a broad-brimmed  hat from felted fur shavings.  Later, in his travels, a cowboy bought that same hat right off his head for a $5 gold piece.

In 1865, he moved to Philadelphia, borrowed money from his sister to get set up, and launched his own hat making company.  In 1869, he recreated the hat he sold to the cowboy and started marketing the newly minted "Boss of the Plains" for $5 retail.

And, the rest is cowboy history.  John Wayne once proclaimed Stetson "the hat that won the West."

Not long ago, when I was cleaning and rearranging, I moved the Cowboys and Indians cupboard into my closet.  I cleaned the shelves after having taken each doll out to gently brush away any dust that might have collected on it.

I sometimes almost laughed at my attempts, but at other times I quietly wondered how I had ever found the time to make these dolls and their costumes.

The hats were probably the most challenging, for I had no molds except for the doll's head itself.  Each hat was made from stiffened wool felt and trimmed with bits of leather, beads and feathers.


If you have ever read Lynne Reid Banks' book, The Indian in the Cupboard, you won't be surprised that I sometimes wonder what goes on inside that cupboard where cowboys and Indians live, side by side.  Why there may be wars going on there while I sleep.  Sometimes I do find things slightly awry -- a doll tipped over or a hat slightly askew.

I hope your November is off to a great start, and that your plans for Thanksgiving are taking shape just as you have planned. 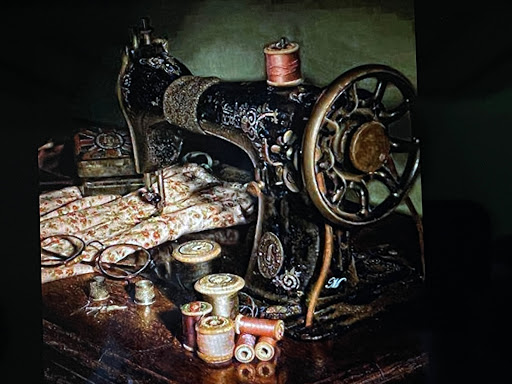